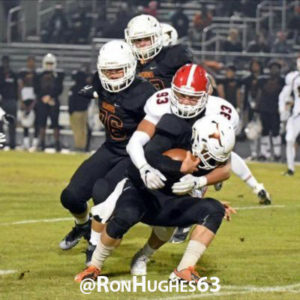 Francis really came on as the season developed. One area where he really shines is how quick he is out of his stance and attacking the opponents backfield. The 2018 recruit has big motor and strong hands to free himself from blocks quickly. Francis reads the play quickly and takes smart angles on his tackle attempts, which explains his high tackle numbers for a defensive end.