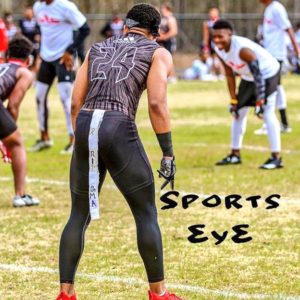 Curie-Sudler had one of the highest interception totals in the state of Georgia last fall, and his ability to jump a pass is just downright instinctual. Even more impressive, he always seems to pull off some kind of return. Hip quickness is the 2019 recruits best ability. Credit the senior at always putting himself in the right spot, he must do a lot of film study at how quickly he jumps the pass. Some of his interceptions were more of a bad pass then a good play but he converted none the less. Coverage skills aside his elite lateral quickness allows him to line up his tackle attempts and he is very explosive coming through the hips. Quality football player, but not you will see the same production as a year ago. His ability to tackle at a high impact with good fundamentals puts him over the top as a FBS recruit. They even played him at safety during the season due to his good field awareness and ability to flow to the football in run support. He has some good potential as a nickle at the next level for a P5 or very competitive G5 school in my opinion.