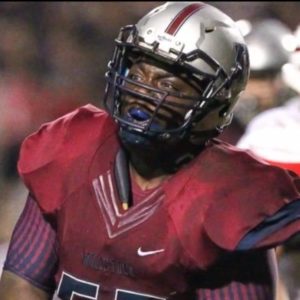 Bankston has elite speed and agility measurements for a defensive tackle. He gets good leverage in the middle and has very quick swim move he uses to get around the lineman. The senior has worked hard in the weight room and increased his measurements across the board making himself into one of the best athletes on the defensive line in Georgia. He is really light on his feet which allows him to change direction quickly and make a play in the backfield. Bankston lacks prototypical size but looks to have a frame where he could end up around 280-290. His production on the field at the defensive tackle position is close to being the best in Georgia. Grades have been the biggest thing that has held him back, but he’s increased his GPA a little over the last year, and that got a few local schools to offer. Bankston is one of the biggest sleepers in Georgia.