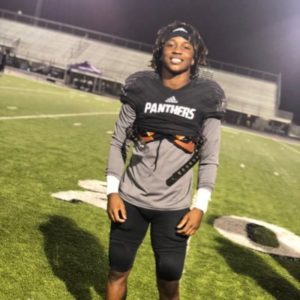 Blackwell is a great athlete with excellent quickness to explode out of tackle attempts. He is a naturally elusive player, and makes defender miss consistently in tight spaces. Really impressed at the Elite GA Classic as a sophomore and his junior film shows that same ability to get out of tackles and make plays where he creates on the fly. He’s not always moving east/west and Blackwell does a solid job of getting up field too. Looks like a natural at the slot role, but also has potential as a CB as shown in his junior film. Blackwell is an FBS caliber recruit in how he plays the game. He made a lot of momentum changing plays for his team in 2018, and figures to be one of the best players in his classification this fall his senior year. Blackwell has a knack at creating plays, and shows a lot of potential as a nickle or offense as an APB who can split out at as a receiver. Packed on an extra 10 lbs this offseason, should be ready for a big year on offense.