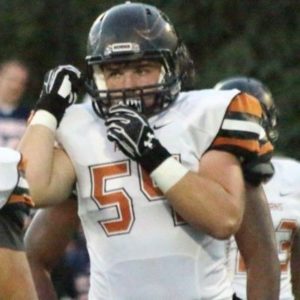 Ludwig plays with a big motor and does a great job or running out the play until the whistle is blown. He is a tough player to block in general, attacking the offensive lineman on each play. His relentless effort on the field separates himself from others. Junior year he was not fully healthy it looks like. Ludwig has the frame to end up being a DT at the D2 level in my opinion. He plays the game with a ton of energy, and is relentless after the ball carrier.