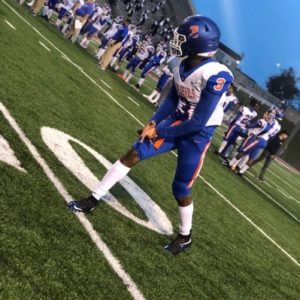 All Bi City All Region True 19

Rome is another big time play maker for Columbus, and like so many of their athletes they can find a seam, plant there foot up in the ground and accelerate. He does a great job of making the defender miss out in space and I really like his running stride. He definitely shows a background in track, and his big play ability separates himself from others on his team even. Rome does a nice job of playing the football in receiving or defending situations. He is tremendously quickly and make explosive cuts right by players from the other team. A few red flags for Rome is the lack of tackles on film and conveniently some of his biggest runs cut off before he goes to the ground. No doubt the 2019 recruit has the ability to play cornerback at the next level, but his physicality is a massive question mark.