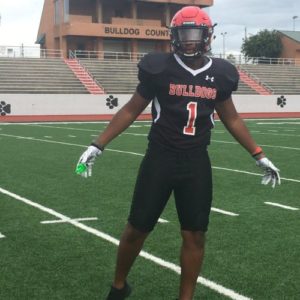 Manior has really added on the muscle in the last year and think his explosive first step gives him a distinct advantage against his opponent. We are really starting like his ability as a defensive lineman, and have been extremely encouraged by the senior film so far. The senior is just a flat out hitter, and thrives on contact. As a tight end has continued to progress, especially after the catch where he hard to bring down – nice stiff is developing too. As a blocker, he is extremely physical and just abuses his guy way down field. He shows potential on either side to be honest and given his frame we think he can get up to 250-260 at the next level.