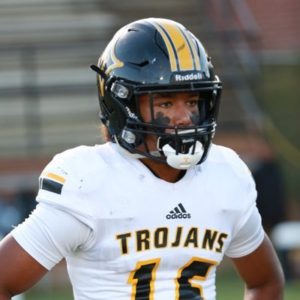 I am a hard-working natural leader who was raised on the standards of “nothing ever comes easy, you have to work for what you get.” I do NOT cut corners and I stand out in a crowd because I refuse to be just like everybody else.

Smith is a name you consistently hear from the class of 2020 as one of the better cornerbacks, and his film certainly test well. He is a pro at reading the play, and rarely do you see him take a misstep. What I like about Smith more than anything is his apparent attention to detail. He does a great job of playing with his eyes, reads the play quickly and does a spectacular job of squaring up his tackle attempts. JR film is low on production, which is interesting to see so much of his clips in a scrimmage setting. Needs to really continue to fill out his frame, get tougher at the point of attack getting off his blocks. He’s a coverage corner, but his lack of physicality can be exploited at the next level. Sophomore film showed a lot more promise honestly. Was very underwhelming his junior year, after looking like a no doubt FBS recruit. Spring film is a must now.