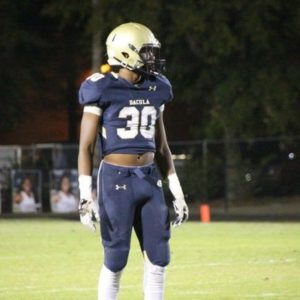 I can take on and get off blocks like a d lineman but also can play the ball like a DB.

Smith was just an athlete his sophomore year, but really started to take a jump in both his football IQ and the aggressiveness. He made a few INT’s on short passes where he just read the play perfectly. His speed has continued to improve, and he’s really starting to make an impact in both rushing the QB and playing pass defense too. I’m really impressed with Smith’s progress and he looks like the type of recruit that can absolutely play at the FBS level. Smith has been one of the biggest improvers we have seen from sophomore to junior year in the class of 2019.