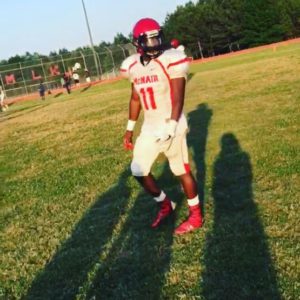 Chances are that you haven’t heard of Christopher Brown from McNair. Well look down below and watch his film, because this senior has the making of an FBS recruit. He is slippery, with considerable strength, and an explosive first step that creates massive amounts of separation. After more consideration, we are starting to like Brown at cornerback despite his success at WR. His quickness is elite, and we think when given the time he would make for a much better CB than a lot of over-trained HS defensive back with disposable income to use. This year he was unstoppable against Carver-ATL, making one big catch after another.