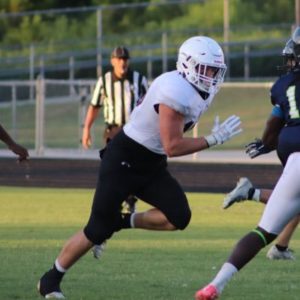 I have a great mix of speed and size. I also have natural athleticism that helps me make plays that can’t be taught. I am extremely coachable and want to perfect my craft. I also have outstanding academics so you’ll never have to worry about me in the classroom.

Pawson played multiple roles for Hebron Christian, but what you got in the 2020 recruit was intensity. He comes off the edge like a crazy-person with ill-intentions. Shows really good lateral quickness and explosiveness to the football. Pawson hits his top speed quickly and the closing speed to get after a lot of ball carriers from behind. With the graduation of several senior at linebacker, Pawson is prime for the transition to linebacker. He also shows some very promising film at tight end, he is a very good blocker, showing a lot of intensity at the point of attack. Pretty big on Pawson game in fact, he shows very good speed to the football, and his skill set should translate really well to any of the linebacker positions honestly, but he is definitely a player that you want to blitz still on 3rd down.