Tucker two-way player Terrell Paxton finalized his recruitment earlier this week with his commitment to Kennesaw State. The senior interior lineman is one the best two-way performers in the entire state of Georgia. and is a major pickup for the Owls. 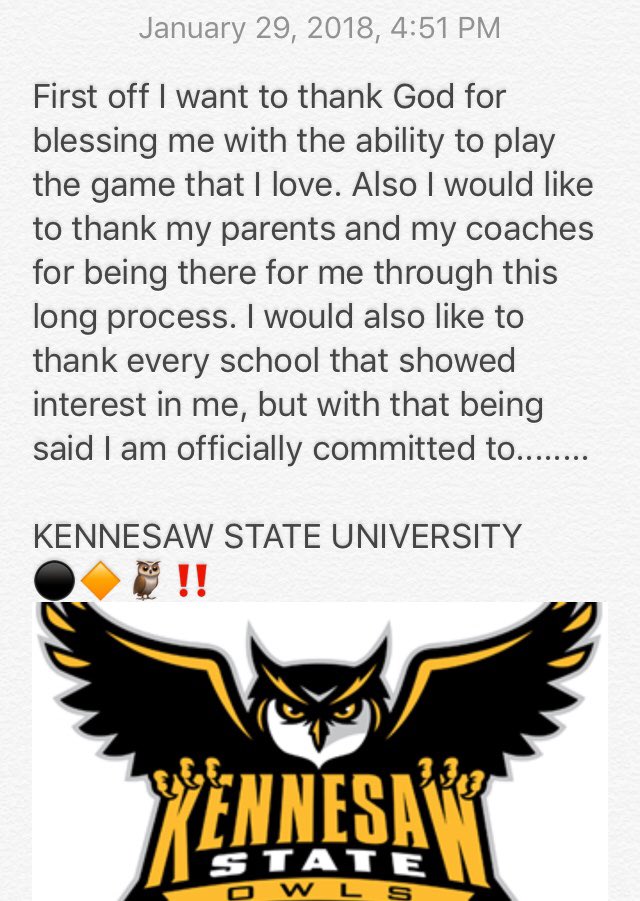 Paxton should have an instant impact for Kennesaw State on the offensive line. The powerful lineman stands only 6’1″ but has tremendous strength at the point of attack, and we have seen him blowup 4-star recruits in massive pancakes.

The senior was an extremely productive player for the Tigers, and his skills set should translate perfectly over Kennesaw’s triple option offense. We have long viewed Paxton to be one of the better option lineman in this class, and he should excel at the FCS level.

Expect the senior to get on campus and work his way into the two-deep quickly. Paxton played center his sophomore year at Tucker, and can potentially play there or offensive guard at the next level. He has a lot of potential to be an All-Conference performer since he is a perfect fit for the Kennesaw State program.

Paxton is a Top 200 player in North Georgia. He sports a 3.785 GPA and held offers from Southern Illinois, Jacksonville State, Eastern Kentucky, UT-Chattanooga, Presbyterian, Morgan State, The Citadel and Mercer as well.